With thousands of hours of flying time between them, our team is made up of enthusiastic instructors with experience and interests in a variety of aviation fields. Foremost is their desire to help others experience the joy of flying. Our trainers understand the importance of solid technical knowledge, thorough training, and confidence in the cockpit, and they are ready to share their skills and expertise with you. 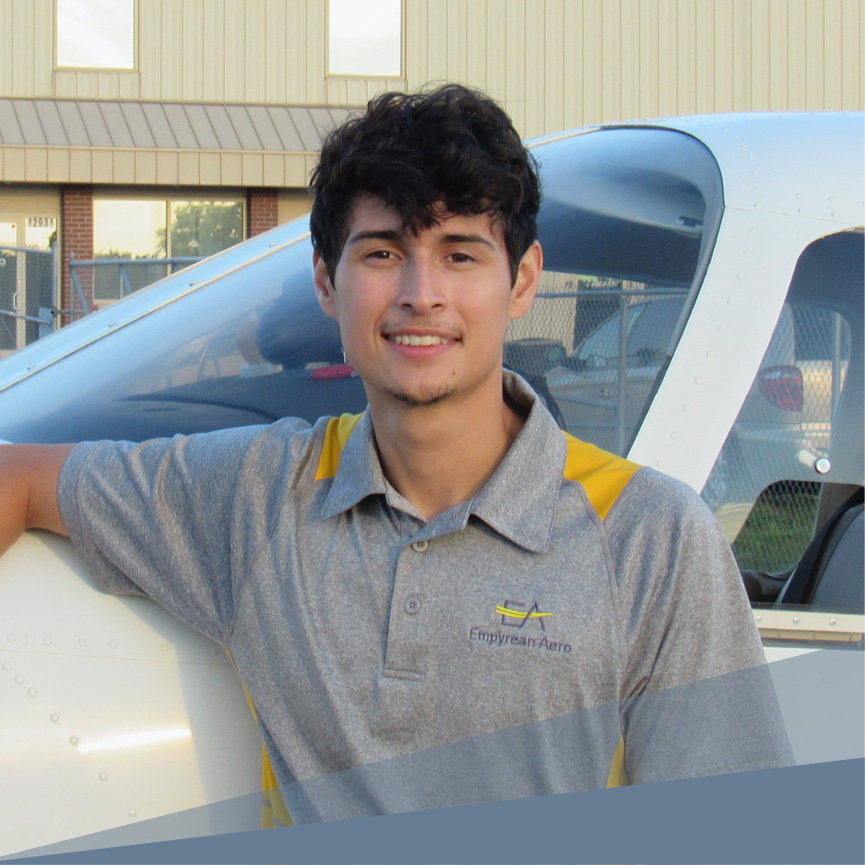 Ismael Arrocha is a local flight instructor who grew up in the Kansas City area. He took his first flight when he was four years old and caught the aviation bug. Ever since then, aviation has been the driving force behind his aspirations and goals. Ismael enjoys teaching and sharing his passion with others and believes in instilling fundamentals and proper techniques early on in training as these are the building blocks in developing true aviators who will succeed in any aspect of aviation that they choose. Ismael has been an intern at an aviation overhaul base and assisted with the testing and development of an AMOC for Boeing 767 rotary actuators. He has also served as a supervisor and hangar operations manager for the Airline History Museum in downtown KC. Ismael graduated from Embry-Riddle Aeronautical University with a bachelor’s degree in Aeronautical Science. He currently works as a full-time instructor at Empyrean Aero and intends to fly corporate jets as the next step in his career. 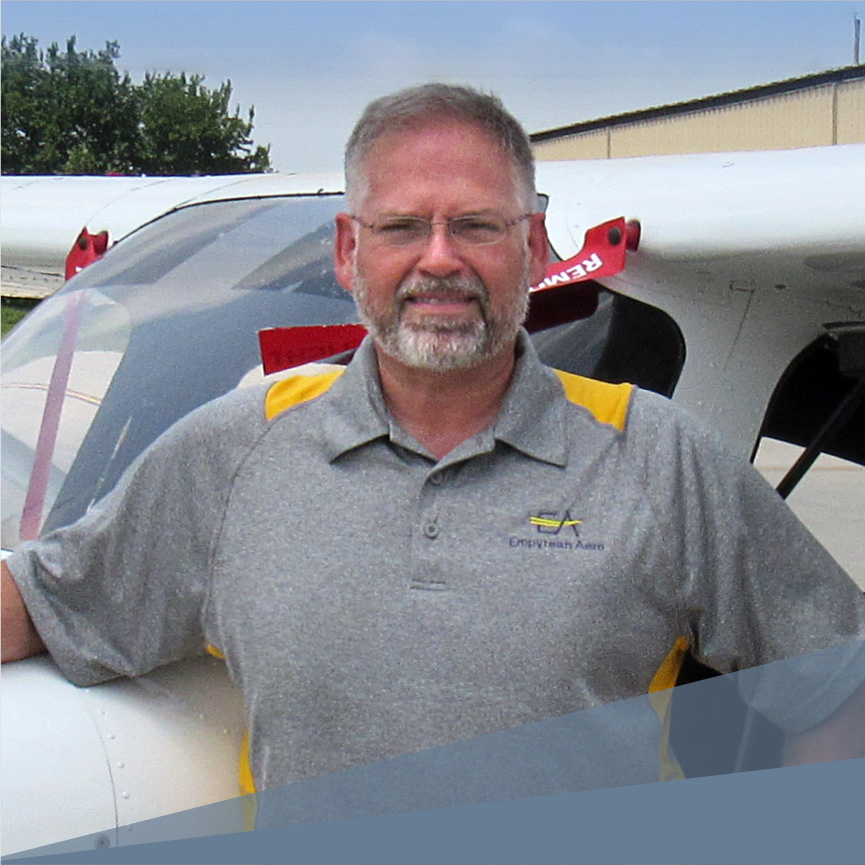 John began building and flying radio control airplanes at the age of 11, and received his pilot’s license at 18. While studying for his Bachelor of Science in Aerospace Engineering at the University of Kansas, he bought a Cessna 150 and started the KU Flying Club, teaching and generating interest in civil aircraft. John went on to earn his Airline Transport Pilot license, Multi Engine Instructor, Airframe and Powerplant Mechanics certificate and an FAA Inspection Authorization. John also has earned an MBA from Dowling College in Aviation Administration. With almost 4,000 hours of flight time ranging from small aircraft to corporate jets to competition aerobatics, John has always had a desire to push the envelope of technology in small aircraft.